The Island of Missing Trees by Elif Shafak 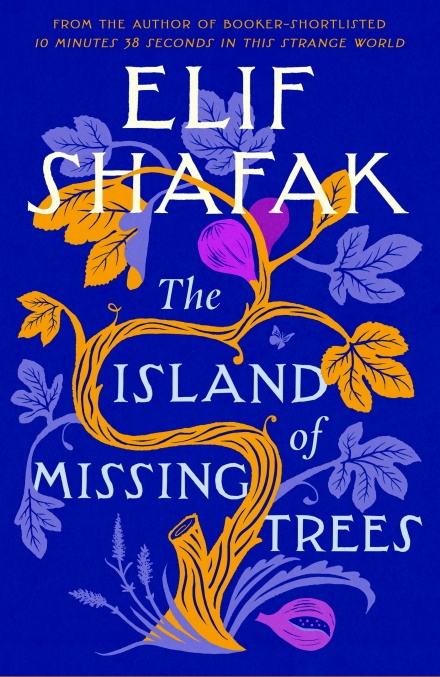 First Sentences: Once upon a memory, at the far end of the Mediterranean Sea, there lay an island so beautiful and blue that the many travellers, pilgrims, crusaders and merchants who fell in love with it either wanted never to leave or tried to tow it with hemp ropes all the way back to their own countries. Legends, perhaps.

Favourite Quote: “But if you are going to claim, as humans do, to be superior to all life forms, past and present, then you must gain an understanding of the oldest living organisms on earth who were here long before you arrived and will still be here after you have gone.”

Review Quote: 'This book moved me to tears . . . in the best way. Powerful and poignant' Reese Witherspoon

This is the first book I have read by Elif Shafak and I certainly hope it won’t be the last.

Based on historical facts and events told as a fictional story with the narrator a fig tree this beautifully crafted novel can not fail to feed your imagination.  Set in troubled Cyprus in the 1970’s  and later in 2010 it is the tale of the forbidden and traumatic love between Kosta and Defne. The later section is set in London where Kosta is now living with daughter Ada who is struggling to understand her identity.

A rich, magical new book on belonging and identity, love and trauma, nature and renewal, from the Booker shortlisted author of 10 Minutes 38 Seconds in This Strange World.

Two teenagers, a Greek Cypriot and a Turkish Cypriot, meet at a taverna on the island they both call home. In the taverna, hidden beneath garlands of garlic, chili peppers and creeping honeysuckle, Kostas and Defne grow in their forbidden love for each other. A fig tree stretches through a cavity in the roof, and this tree bears witness to their hushed, happy meetings and eventually, to their silent, surreptitious departures. The tree is there when war breaks out, when the capital is reduced to ashes and rubble, and when the teenagers vanish. Decades later, Kostas returns. He is a botanist looking for native species, but really, he’s searching for lost love.

Years later, a Ficus carica grows in the back garden of a house in London where Ada Kazantzakis lives. This tree is her only connection to an island she has never visited - her only connection to her family’s troubled history and her complex identity as she seeks to untangle years of secrets to find her place in the world.

A moving, beautifully written and delicately constructed story of love, division, transcendence, history and eco-consciousness, The Island of Missing Trees is Elif Shafak’s best work yet. 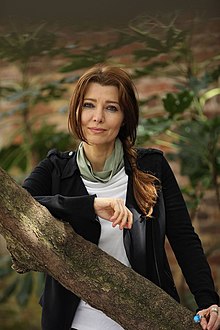 Elif Shafak was born in France in 1971, she is an award-winning British-Turkish novelist and the most widely read female author in Turkey. She writes in both Turkish and English, and has published nineteen books, twelve of which are novels. Her work has been translated into fifty-six languages. Shafak holds a PhD in political science and she has taught at various universities in Turkey, the US and the UK, including St Anne's College, Oxford University, where she is an honorary fellow. She is a member of Weforum Global Agenda Council on Creative Economy and a founding member of ECFR (European Council on Foreign Relations). An advocate for women's rights, LGBT rights and freedom of speech, Shafak is an inspiring public speaker and twice a TED Global speaker, each time receiving a standing ovation.

Shafak contributes to major publications around the world and she has been awarded the title of Chevalier des Arts et des Lettres. In 2017 she was chosen by Politico as one of the twelve people who would make the world better. She has judged numerous literary prizes and is chaired the Wellcome Prize in 2019.

Photographs, Trailer and Biographical Information courtesy of the following sites:

Posted by LindyLouMac at 2:09 PM