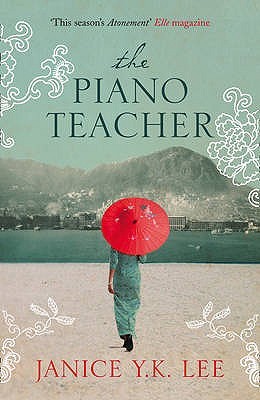 Paperback:  331 pages
Genre: Historical Romantic Fiction
Publisher: Harper Collins 2009
Source: Oxfam Bookshop Salisbury
First Sentences: It started as an accident. The small Herend rabbit had fallen into Claire's handbag.
Review Quote: 'Former Elle editor Lee delivers a standout debut dealing with the rigours of love and survival during a time of war, and the consequences of choices made under duress…The rippling of past actions through to the present lends the narrative layers of intrigue and more than a few unexpected twists. Lee covers a little-known time in Chinese history without melodrama, and deconstructs without judgement the choices people make in order to live one more day under torturous circumstances' Publishers Weekly
Favourite Quote: “And in the end, I think, we're all just trying to survive, aren't we?”
Main Characters: Claire Pendleton, Melody Chen, Victor Chen, Will Truesdale, Trudy Liang
Setting: Hong Kong
My Opinion: I enjoyed this probably more so as Hong Kong holds a special place in my heart. A powerful love story set in Hong Kong during the second World War, an interesting portrayal of life in Hong Kong during that unsettling period. The story of Will and Trudy's love during the war years was the part of the novel I enjoyed the most. It is a much stronger narrative than the part about Claire, the Piano Teacher of the title. This novel will probably appeal to those interested in not only a moving love story but also Hong Kong.

"A rare and exquisite story...Transports you out of time, out of place, into a world you can feel on your very skin." -Elizabeth Gilbert


In the sweeping tradition of "The English Patient," Janice Y.K. Lee's debut novel is a tale of love and betrayal set in war-torn Hong Kong. In 1942, Englishman Will Truesdale falls headlong into a passionate relationship with Trudy Liang, a beautiful Eurasian socialite. But their affair is soon threatened by the invasion of the Japanese as World War II overwhelms their part of the world. Ten years later, Claire Pendleton comes to Hong Kong to work as a piano teacher and also begins a fateful affair. As the threads of this spellbinding novel intertwine, impossible choices emerge-between love and safety, courage and survival, the present, and above all, the past.

Video Trailer for 'The Piano Teacher' Courtesy of YouTube 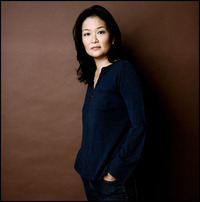 Janice Y. K. Lee was born and raised in Hong Kong, the child of Korean immigrants. She went to the United States for school and graduated from Harvard College with a degree in English and American Literature and Language.

After college she moved to New York and worked for several years as an editor at Elle and Mirabella magazines before getting an MFA from Hunter College and starting her first novel. The Piano Teacher was published to critical acclaim from the New York Times, People, and O magazine, among others. It spent 19 weeks on the New York Times bestseller list, was a Richard and Judy Summer Read pick (UK), and was translated into 26 languages worldwide.

Janice’s writing has appeared in ELLE, Mirabella, Glamour, and Travel and Leisure, as well as numerous other publications.

She lives in New York City with her husband and four children. 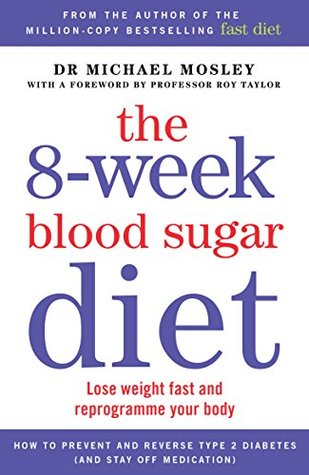 Paperback:  272 pages
Genre: Health, Science
Publisher: Short Books 2015
Source: A Likely Story Bookshop Tywyn
First Sentences: Millions of us have high blood sugar levels - and many of us don't know it.
Review Quote:  "Brilliant book if you have Type-2 diabetes or you don't want to get it" --Jeremy Vine, BBC Radio 2 presenter
Favourite Quote: “Diabetes – the physical costs Hypertension: 70% of diabetics also require medication for blood pressure. Cholesterol: 65% of diabetics require medication to reduce their cholesterol. Heart attacks: Diabetics, even when on full medication, are twice as likely to be hospitalised, crippled or die from a heart attack. Strokes: Diabetics are 1.5 times more likely to suffer a debilitating stroke. Blindness and Eye Problems: Diabetes is the number one cause of preventable blindness in the developed world. Impotence: Diabetes is also the number one cause of impotence. Dementia: Having diabetes doubles your risk of dementia. Kidney disease: Diabetes is the cause of kidney failure in half of all new cases; most people on dialysis are diabetics. Amputations: There are over 7000 diabetes-related amputations done every year in the UK and over 73,000 in the US.”
My Opinion:
Even before reading this book I was working on cutting down my sugar intake! I now appreciate the importance of doing so.

I am now more conscious of the dangers of too much sugar and although I did not feel the need to rigorously carry out the diet recommendations. I like to think that having lived in Italy for many years that I already have a reasonably healthy diet and I try to lead an active lifestyle.

My personal feelings are that too much of so many foods are not considered healthy for us, so I try to be moderate in all my eating habits. I do still eat bread, pasta rice and potatoes but much less than I used to!

I would recommend this as a worthwhile read to any one interested in a healthy lifestyle not just those worried about being overweight and the dangers of diabetes.

Dr Michael Mosley, author of the bestselling 5:2 Fast Diet, reveals a game-changing approach to one of the greatest silent epidemics of our time - raised blood sugar levels. The food we eat today, high in sugar and easily digestible carbohydrates, is not only making us fat, but is putting us at risk of type 2 diabetes, strokes, dementia, cancer and a lifetime on medication. More than a third of adults in the UK now have raised blood sugar levels and most don't know it. In this timely book, Dr Mosley explains why we pile on dangerous abdominal fat and shows us how to shed it, fast. He demolishes common myths, such as the claim that steady weight loss is always better than rapid weight loss and that those who lose weight rapidly will inevitably put it back on. This is a book not just for those at highest risk but for anyone who has struggled with their weight and wants to regain control of their health. "I feel amazing. I have been given another chance at life." Cassie, 28 - lost 20kg. Average weight loss: 14kg in 8 weeks. Includes a detailed 8-week programme with menu plans. 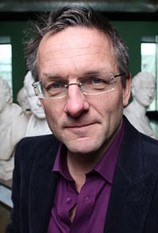 Michael Mosley (born 22 March 1957) is a British television journalist, producer and presenter who has worked for the BBC since 1985. He is probably best known as a presenter of television programmes on biology and medicine and his regular appearances on The One Show.

Born in Kolkata, India, the son of a bank director, Mosley studied philosophy, politics and economics at New College, Oxford before working for two years as a banker in the City of London. He then decided to move into medicine, intending to become a psychiatrist, studying at the Royal Free Hospital Medical School, now part of UCL Medical School.

Becoming disillusioned by psychiatry, Mosley upon graduation joined a trainee assistant producer scheme at the BBC in 1985.

Since then he has produced & presented many documentaries on science and/or medicine.