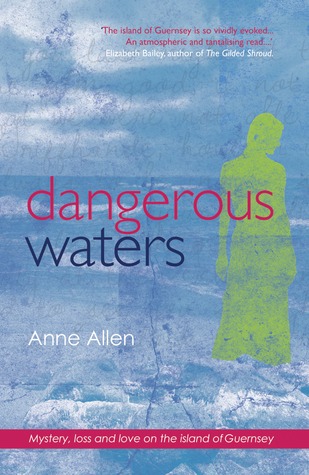 Paperback: 302 pages.
Genre: Contemporary Fiction, Mystery, Romance.
Publisher: Matador 2012
Source: The author in exchange for a fair and unbiased review.
First Sentence: Jeanne went out on deck as the spring sun broke through the clouds.
Review Quote: The island of Guernsey is so vividly evoked, one feels as if one is walking its byways. An atmospheric and tantalising read. --Elizabeth Bailey, author of The Gilded Shroud
Literary Awards: Wishing Shelf Awards 2012 - Silver
My Opinion: I thoroughly enjoyed this novel and am now looking forward to reading the rest of The Guernsey Novels of which this is the first of four already published. With the fifth due out in the spring of 2016, I had better get a move on if I want to catch up and read the others before then.
'DangerousWaters' is set in Guernsey and the author's imagery conjures up the beauty of the island. The setting combined with the mystery and romance surrounding the protagonist Jeanne, this story will whisk you away to another world. A novel to immerse yourself in and for awhile forget the trials and tribulations surrounding us all in reality.

Tragedy seems to follows Jeanne Le Page around ...
Can she really go through it again and survive?
Jeanne Le Page is lucky to be alive … 15 years ago she was almost killed in a boating accident which brought heart-breaking family tragedy. Now 31, Jeanne is reluctantly returning to the Island of Guernsey following the death of her beloved Grandmother. Struggling for breath as the ferry nears the Island, Jeanne feels a dark foreboding overwhelm her as hazy memories of that terrible day resurface.
Only back on the Island to sell her inheritance - her Grandmother’s old cottage - she has no intention of sticking around to pick up her old life. But the cottage holds a secret, dating back to World War II, and Jeanne becomes drawn into discovering more. Then, shortly after her arrival, a chance meeting with an old teenage crush leads her to thoughts of love.
Jeanne is forced to face her demons, reliving the tragedy as her lost memory returns.
The truth is finally revealed, endangering Jeanne’s life for a second time…

Dangerous Waters is a heart-warming, contemporary romance and mystery that captures the reader’s imagination, written in a style comparable to that of Maeve Binchy.

Author Biography in her own words from her website

I live by my beloved sea in Devon and have three adult children – two boys and a girl – and two small grandchildren.  A restless soul, I have moved  around a lot and spent many years in Guernsey after falling in love with the island. I managed to leave one son behind to give me a valid reason for   frequent returns! Another son is in London which proves handy for City breaks. I’m now in Devon to be near my daughter and grandchildren and love the fact that I’m still by the sea. I was born in Rugby, right in the middle of the country and as far from the sea as you can get, so spent most of  my adult life moving to coastal areas. Am particularly happiest in warmer climes, having lived in Spain for a few years. My ideal would be to spend  part of the English winter somewhere warm, possibly Spain, so that I can recharge my body and soul.

By profession I was a psychotherapist but have long had creative ‘itches’, learning to mosaic, paint furniture, interior design and sculpt. Although I had often thought about being a writer, life had always seemed to get in the way. Bringing up three children on one’s own didn’t make it any easier! Then, a few years ago, I won a true-life story competition run by Prima magazine, which was featured in a two-page spread when published. A real boost to my writer’s ego!

About this time I ran out of excuses for not writing a novel and the story for Dangerous Waters came unbidden after reading Joanne Harris’s Coastliners, set on a small French island. It reminded me of Guernsey and I was drawn to write a novel that was both about love and loss – central to everyone’s lives – and family secrets going back many years. My experience as a psychotherapist helped me enormously, having spent many years helping people to deal with serious issues like the loss of loved ones. I’ve also had my own life experiences to draw on…! But I must stress that the novel is not based on anyone’s real story, it is fiction. At the time I didn’t appreciate how much work it would take to bring it up to a publishable standard so it’s not been a quick journey.  But very worthwhile ☺

I have since published three more books – The Guernsey Novels – and am now writing the fifth, Echoes of Time, due out in 2016. Watch this space!

Additional Author Info I read on Goodreads
Anne Allen was born in Rugby, to an English mother and Welsh father. As a result she spent many summers with her Welsh grandparents in Anglesey and learnt to love the sea.

Posted by LindyLouMac at 5:02 PM 2 comments: 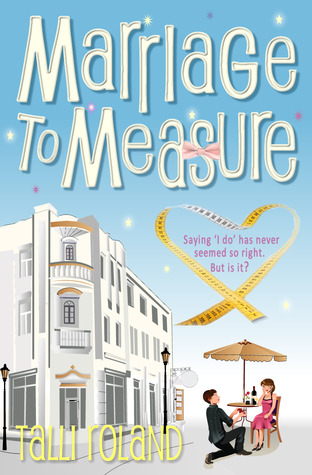 Ebook: 473KB or 141 pagesGenre: Contemporary Romantic FictionPublisher: Notting Hill Press (10 Dec. 2014)Source: Author in return for an honest and unbiased review.First Sentence: Proposal etiquette was definitely not designed with females in mind.My Opinion:I have been reading and reviewing the writing of this talented author since 2010, when she asked me to review her first novel, 'The Hating Game',  Since the publication of her first novel Talli has embraced the importance of social media as a marketing tool for her novels as that is where she finds her target market. I am probably one of her older fans but 'Marriage to Measure' is the sixth one I have read and once again she has not failed to make me smile. A good enough reason in my opinion for me to continue to enjoy her writing!
I found this to be an amusing and light hearted read, somehow made more relevant as one of my daughters got married last year. ' Marriage to Measure' is the third in the trilogy featuring Serenity Holland this time organising her wedding over a short period of time which makes for some interesting scenarios. Recommended to fans of contemporary romantic fiction, it will not fail to make you smile.

When Serenity Holland proposes to her long-time boyfriend Jeremy, she’s certain ‘forever’ is a perfect fit. As the wedding train steams forward, though, Serenity starts to wonder if they really are an ideal match. From a crusty old ring to a dilapidated house she’s left to renovate on her own – not to mention the appearance of Jeremy’s clingy ex-fiancée – engagement feels more like disengagement.

Even worse, wedding planning’s like a bad hangover as Serenity juggles the wishes of family and friends with her bossy mother-in-law-to-be, resulting in a Frankenwedding nothing like the simple ceremony she envisioned.


Can Serenity knit her relationship back together and fashion a celebration that suits, or will ‘I do’ become ‘I don’t’?

My reviews of her earlier novels can all be found elsewhere on this blog, just click on the titles. 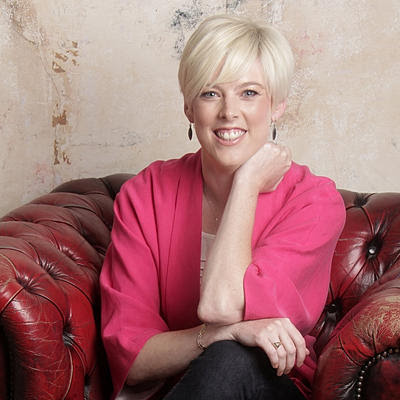 Talli Roland was born in Halifax, Nova Scotia, Canada, by the age of 13, she’d finished her first novel and received very encouraging rejections from publishers. Talli was very athletic at school and university, achieving provincial records and becoming a Canadian university champion in the 4 × 400 meter relay. After getting her BA, she turned to writing again, earning a Masters in Journalism.

A few years later, she left Canada behind and settled in London, where she now lives with her husband and their young son.

Her début novel, The Hating Game, was short-listed for Best Romantic Read at the UK's Festival of Romance, and her second, Watching Willow Watts, was selected as an Amazon Customer Favourite.

You can  learn more about Talli in the About Me section of her website.


Biographical, other information and photo are with thanks to the following links where you can find out more about Talli Roland.


Photograph and biographical information courtesy of the following sites.