We Never Asked For Wings by Vanessa Diffenbaugh 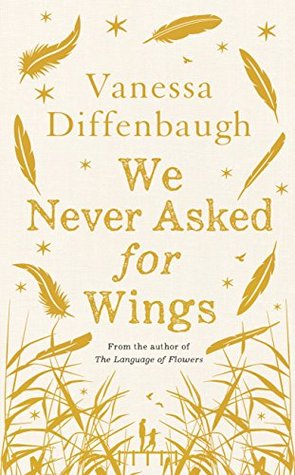 Hardback: 294 pages
Genre:Contemporary Fiction
Publisher: Mantle 2015
Source: Tywyn Public Library
First Sentence: It wasn't too late to turn back.
Review Quote: I was hooked from the first breathtaking pages of We Never Asked for Wings, caring about this exquisitely vulnerable family, hoping right along with them on every page that each heart-rending, impossible choice would lead them somewhere better together -- Lisa Genova, New York Times best selling author of Still Alice
My Opinion: This has been one of my favourite reads this year, with its forceful theme of family life in difficult circumstances and how a young girl learns how to become a Mother to her children. The protagonist Letty at first did not seem to me to be a very likeable young lady, but I soon found myself beginning to care for her. As the story progresses Letty realises that she can change despite the mistakes she has made in her life. The parallels made between human behaviour and the flight pattern of birds, which I found absolutely fascinating.

A very moving and compelling read, which I cannot recommend highly enough, definitely a good choice for book club discussion.

' We Never Asked For Wings' Précis Courtesy of Goodreads

For fourteen years, Letty Espinosa has worked three jobs around San Francisco to make ends meet while her mother raised her children—Alex, now fifteen, and Luna, six—in their tiny apartment on a forgotten spit of wetlands near the bay. But now Letty’s parents are returning to Mexico, and Letty must step up and become a mother for the first time in her life.
Navigating this new terrain is challenging for Letty, especially as Luna desperately misses her grandparents and Alex, who is falling in love with a classmate, is unwilling to give his mother a chance. Letty comes up with a plan to help the family escape the dangerous neighborhood and heartbreaking injustice that have marked their lives, but one wrong move could jeopardize everything she’s worked for and her family’s fragile hopes for the future. 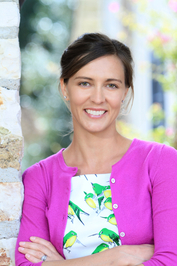 VANESSA DIFFENBAUGH was born in San Francisco and raised in Chico, California. After graduating from Stanford University, she worked in the non-profit sector, teaching art and technology to youth in low-income communities. Following the success of her début novel, The Language of Flowers, she co-founded Camellia Network, a non-profit whose mission is to connect every youth coming out of foster care to the critical resources, opportunities, and support they need to thrive in adulthood. She currently lives in Monterey, CA, with her husband and four children.


Photographs and biographical information courtesy of the following sites. 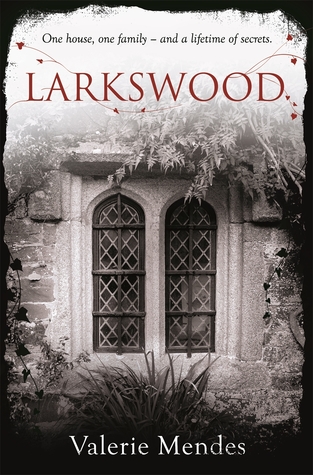 Paperback: 400 pages
Genre: Historical Fiction
Publisher: Orion 2014
Source: Charity Shop
First Sentences: It is early Spring in the woods. Almost dawn.
Review Quote:  If there's a beautiful old house on a book's cover, I want a family saga of richness and breadth, a mystery that runs through that family like a San Andreas fault, captivating characters and gorgeous atmosphere. And this has it all .... Scrumptious storytelling. (Kate Saunders SAGA MAGAZINE)
My Opinion: I read this is October 2015 and sadly never got round to reviewing properly. I know I thoroughly enjoyed it.
Proof of this is that I stayed awake to finish the last 100 pages when I should have been asleep! Recommended to anyone that enjoys a family saga with plenty of drama and intrigue.

In the tradition of THE FORSYTE SAGA, a sweeping historical novel that spans three generations, telling the dark secrets of a family torn apart.

Larkswood House. The very name suggests birdsong, peace and elegance. It is home to the Hamilton children - Edward, Cynthia and Harriet - who enjoy the freedom and excitement of privilege. But in the glorious summer of 1896, with absent parents and a departed governess, disaster strikes the family, leaving it cruelly divided.

More than forty years later, on the eve of the Second World War, Louisa Hamilton, newly presented at court but struck down with glandular fever, is sent to Larkswood to recuperate. There, for the first time, she meets her grandfather, Edward, home after decades in India. Haunted by terrible memories, the arrival of his granddaughter begins to gladden his heart.

But as Louisa begins to fall under the spell of Larkswood, she realises it holds the key to the mystery that shattered her family two generations before. Will she find the courage to unravel the dark secrets of the past? And can Larkswood ever become home to happiness again?

Valerie Helene (née Barnett) Mendes was born in Buckinghamshire, Enland in October 1939. She attended North London Collegiate School and the University of Reading,
She is a novelist, children's writer and poet, best known for her teenage fiction novels, Girl in the Attic and Lost and Found.
In 1970 she married Jameson Peter Mendes.
Their son Samuel Alexander "Sam" Mendes, is a well-known director and producer

Off Key by Mark Robertson 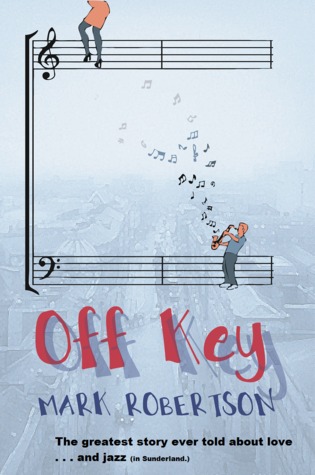 Paperback: 316 pages.
Genre: Contemporary Fiction
Publisher: Matador 2014
Source: The author in return for an honest and unbiased review.
First Sentences: She looked around the bedroom. Everything was ready. Her good navy suit, still in the cleaner's cover, hung on the wardrobe.

My Opinion: Curiosity led me to read this début novel as despite being a genre I read it was unlikely to have caught my attention. A contemporary story about realistically portrayed people that just love making music so much that despite economic hardship, they struggle on regardless as though they are addicted. Strain on relationships is inevitable and the authors portrayal had me laughing, crying, empathising and getting angry with the characters. Feeling involved is for me a sign of a good read so I can recommend this to anyone that wants a light contemporary read.

Charlotte has supported Kyle's precarious musical career for three years. Now it's her turn. When Kyle doesn't want to play the breadwinner, she looks to a future on the other side of the Atlantic. Saxophonist Kyle has no money, no career and has now lost the love of his live. Can an autistic twelve-year-old boy and an alcoholic 'has been' be his salvation? 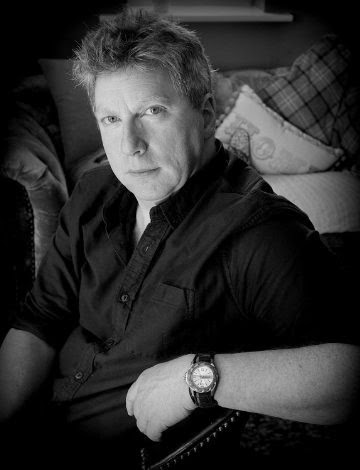 Mark Robertson was born in Sunderland, Tyne and Wear in 1962 taking up the drums at fourteen. He has toured the UK and Europe working with some of the countries finest jazz and rock musicians (also with a few of the worst). His music career has included work for television, the theatre and a larger than average portion of 'strange', including a residency in a hostess bar/brothel in Mayfair, playing the 'ostrich mating dance' for Bernie Clifton in South Shields and performing at the World Unicycle Convention (on drums not unicycle).
After graduating he co-wrote a television play "In Bed With Jimmy Monty" directed by Bharat Nalluri (Spooks, Life On Mars, Alien vs. Predator). It won the New Voices prize that year and was shown on ITV.
In 1994 Mark Robertson had his closest brush with fame when he 'became' the first drummer for legendary 'Girls Aloud' singer and X Factor judge Cheryl Cole. At the time Cheryl was eight years old and performing in The Whitley Bay Am-Dram Panto. Twelve years on Ms Cole had released a greatest hits album and was well on the way to amassing a multi-million pound fortune, pausing only to perform at venues like Wembley Stadium. Mark Robertson was still in the north-east, playing jazz gigs for food and/or petrol money. Stumbling on a set of cheap biros and some paper, he started a novel. It's a story about people who would struggle to find the entrance money to Wembley Stadium but they won't let a simple problem like being penniless stop them achieving their goal.

In 2002 he co-wrote a musical which had two professional runs at The Customs House, South Shields and The Gala Theatre, Durham. Off-Key is his first novel. He still lives in the North-East where he writes furious letters to 'The Independent' and dances a lot.


The biographical information and photo used in this post are with thanks to the following websites, where you can also find more information about the author and his writing.