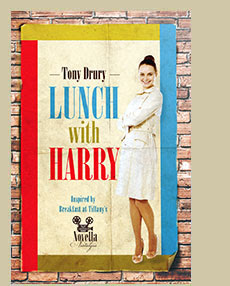 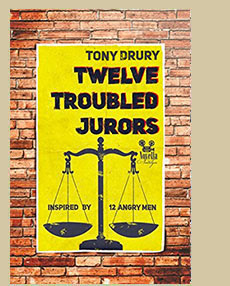 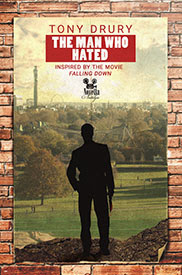 Paperbacks:  Varying from 44-80 pages.
Genre: Novellas
Publisher: City Fiction 2017-2018
Source: The author in exchange for honest and unbiased reviews.
My Opinion:
If you refer back to my first review of a Tony Drury novel in 2014, you will find my opinion was that his writing is fun to read. This still remains true four years later, as I have just finished reading the first four titles in his Novella Nostalgia series.

I am not a fan of short stories or novellas and therefore rarely read or review any. However Tony Drury kindly sent me the first four titles in the series to me for an honest and unbiased review, so I read them! The series links iconic cinema classics with modern stories, though to be honest the former is rather wasted on me as though a fan of modern cinema I am not well up on the classics.

As I have already said, these were fun to read, a successful and innovative idea that will appeal to a wide cross section of readers. My review is a general one of the series and I have not gone into the specifics of each story for that reason. In my opinion they were all fascinating reads, in different ways, which I definitely recommend to fans of the genre.

I have also read, but have yet to publish a full review for,  A Flash of Lightning

The first of five publications which form part of the Novella Nostalgia series linking iconic cinema classics with modern stories.

Is it possible that Audrey Hepburn was in Regent Street, London in 2016?

Perhaps not. But her memory is recreated in the desirable shape of Dr Ella van Houten who accidentally stood on Harry’s foot outside Hamleys, the world’s oldest toy shop. Ella was imagining that she was Holly Golightly, the character that Hepburn played in one of the greatest ever romantic films: Breakfast at Tiffany’s’.

This riveting novella tells how they begin a relationship which is dominated by two features: Ella’s reprise of Holly’s quirky and insecure nature and Harry’s guilt over the loss of his wife. There is also the impending death of Ella’s brother which bizarrely leads them chasing a figurine of the Mexican general Santa Anna who won the battle for ‘the Alamo’.

Their differing personalities dominate this fast moving story which takes in London, Europe and lunches with Harry. The ending produces a moment of pure cinema as Ella and Harry fight against the one obstacle which threatens their future together.

Is it possible that one person can change the opinion of eleven others in a criminal trial?

The Judge requires a unanimous verdict. It is Friday and, increasingly, there are compelling reasons why several of the jury members need to be released from service. The foreman, a local business women, struggles to hold on to her authority.

The first vote results in a count of eleven for ‘not guilty’ and one saying ‘guilty’. As the discussions proceed, and the drab, secured jury room produces additional pressures, the jurors begin to clash. This leads to an extraordinary outcome as the justice system is tested to its limits.

Is it possible that two people can meet on a railway station and fall in love?

Carey Ryan is the victim of an assault on Platform B of St Pancras International station in London. She is rescued by a stranger called Mark who takes her for a coffee. He rushes off to meet a rich widow but asks to see her again. Soon, they are meeting every Thursday.

Carey is fighting to sort out her loveless marriage and aimless life. She employs the crazy Jonathan to teach her to write a book. He becomes her mentor as they explore the world of novella construction. Slowly, her growing love for Mark becomes intertwined with the romantic odyssey that she and Jonathan are progressing.

Then their consciences cause them both to hesitate. A brief encounter with Mark having a romantic outcome is perhaps a cinematic indulgence. That is until Jonathan intervenes and tells Carey why she holds the key to their future.

The Man Who Hated

The fourth in the Novella Nostalgia series is inspired by the Michael Douglas film ‘Falling Down’. Does Milton Grant, an evil, vindictive ex-police officer, reflect the hatred that lies within modern society?

Milton has just been diagnosed with terminal cancer. Divorced, and with an estranged daughter, he feels he has nothing to live for – and nothing to lose. He begins a self-imposed mission to ‘correct’ what he believes are some of the main faults of his fellow human beings. In his way is a fumbling old lady at the supermarket checkout, an inconsiderate driver, selfish users of mobile phones, and self-satisfied chief executive Ray, who boasts about tax avoidance.

Milton’s acts of corrections get more extreme and violent as the novella progresses. He is spiralling out of control. In the meantime, two police officers, Lucy and Dave Smith, are close to exposing Milton. In the explosive finale Lucy finds herself facing him, as he points a gun at her head. She is alone, and has no backup. Dave is four minutes away.

Will Milton kill Lucy? Or will good triumph over evil?

Tony has an about page on his website which I refer you to for biographical information.


Photographs and Biographical Information courtesy of the following sites.

The Man I Think I Know by Mike Gayle 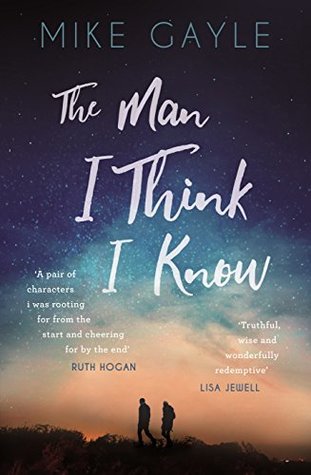 Paperback: 310 pages
Genre: Humorous Contemporary Fiction
Publisher: Hodder and Stoughton  2018
Source: LoveReading Review Panel Member
First Sentence: Prologue, Headmaster's Speech, King's Scrivener Boys' School, Warwick. 16th June 1997. 'Thank you, Chairman of Governors, esteemed guests, governors, parents and last but by no means least, boys of King's Scrivener upper sixth.
Review Quote: 'Beautifully written, thought-provoking and completely charming...reminds us that the everyday things we take for granted without realising how precious they are, can be snatched away in an instant with catastrophic consequences' Ruth Hogan
Main Characters: James de Witt and Danny Allen
Setting: England
My Opinion: Mike Gayle is one of Britain's favourite authors, I have to admit that is the first book of his that I have read! Thanks to LoveReading for giving me the opportunity to read and review 'The Man I Think I Know' I will now be looking out for more of his work.
Having not read this author before or seeing any reviews prior to reading I was able to pick this up with absolutely no preconceptions and to be honest I was surprised as it was not what I expected. A completely for me anyway, new approach to male friendship, an emotional rollercoaster, yet also realistic and humorous.  Two young men with difficult experiences in their recent past reconnect after having not seen each other since schooldays. Chapters alternate with James and Danny recounting the story, which works as the reader can see that although they at first do not realise it themselves, they are really good for each other. To say anymore would spoil the impact so I urge you to read this for yourself as it provides plenty of emotive issues for you to think about. Highly recommended for those that enjoy relationship novels.

Whatever happens to those kids at school who are always being tipped to be stars in adult life?

It's a question all of us find ourselves asking at some time and Mike Gayle's powerful, poignant novel answers it with regard to Danny Morgan and James McManus - rivals for top honours in everything throughout their school years in Birmingham.

Whatever their friends and teachers might have expected, neither Danny nor James is currently running the country.

Depressed and unemployed, Danny is facing an ultimatum from his girlfriend Maya: if he doesn't get out and get a job, she's leaving.

It was an accident that changed James's life and now he is looked after affectionately by his parents. But his sister Martha believes that the role of full-time carers is destroying their lives - and infantilising her brother.

She suggests that James should go into a respite home while her parents take a break.

The respite home, as it turns out, where Danny has just got a job.

What is the path that has brought these two people to this unexpected place, and where will it take them next?

This is the story of Danny and James, but also of the families who love them and of the women they love. It is a story of many surprising twists, by turns funny and sad, painful and uplifting, and marks a brilliant new stage in the writing career of one of Britain's favourite novelists.

Mike Gayle was born and raised in Birmingham. After graduating from Salford University with a degree in Sociology Mike moved to London with ambitions of becoming a music journalist. This didn't happen however and following a slight detour in his five-year plan he ended up as an agony uncle for teenage girls' magazine Bliss before becoming Features Editor on the now much missed Just Seventeen. Since those early days Mike has written for a variety of publications including The Sunday Times, The Guardian and Cosmopolitan.


Mike became a full time novelist in 1997 following the publication of his Sunday Times top ten bestseller My Legendary Girlfriend, which was hailed by The Independent as 'Full of belly laughs and painfully acute observations,' and by The Times as 'A funny, frank account of a hopeless romantic.'

To date Mike is the author of twelve novels including Mr Commitment, Turning Thirty and Wish You Were Here. His books have been translated into over thirty languages.


After stints in Manchester and London Mike now lives in Birmingham with his wife, kids, two sheds and a rabbit.