The Hippopotamus by Stephen Fry 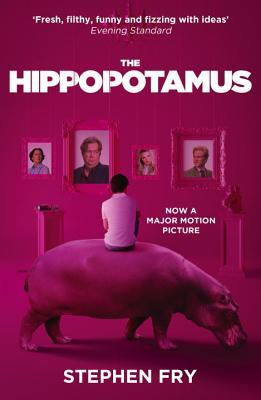 Paperback:  400 pages
Genre: Contemporary Fiction
Publisher: Arrow Books - 2017 -  Originally Published 1994
Source: A Likely Story - Tywyn
First Sentence: The fact is I had just been sacked from my paper, some frantic piffle about shouting insults from the stalls at a first night.
Review Quote:  "Fresh, filthy, funny and fizzing with ideas" (Evening Standard)
My Opinion: I read this in preparation for an evening at The Magic Lantern Cinema in Tywyn last night. What a great evening it was, this is a very funny novel. It is however also a no holds barred story about a young man struggling with reaching sexual maturity, that some readers might find offensive. Personally, I found it a very sensitive novel which I feel considering the author may well contain some autobiographical content. I was also pleased to discover that the director had kept very much to the story and the few changes he made were appropriate. I would highly recommend that you read the book before seeing the film if you can. So, in conclusion book or film? Both, as this novel was, thanks to John Jencks the director and his talented team of actors, writers and extended team, beautifully converted using Stephen Fry's words to the big screen. 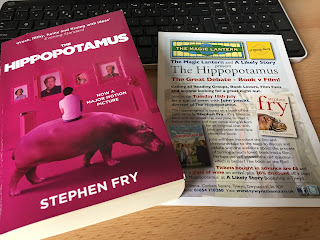 Ted Wallace is an old, sour, womanising, cantankerous, whisky-sodden beast of a failed poet and drama critic, but he has his faults too. Fired from his newspaper, months behind on his alimony payments and disgusted with a world that undervalues him, Ted seeks a few months repose and free drink at Swafford Hall, the country mansion of his old friend Lord Logan. But strange things have been going on at Swafford. Miracles. Healings. Phenomena beyond the comprehension of a mud-caked hippopotamus like Ted.

With this funny and deliciously readable novel, Stephen Fry takes his place as one of the most talented comic novelists of his generation. 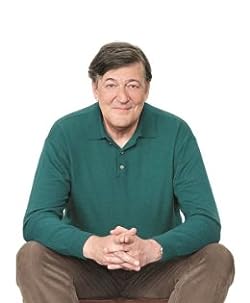 Stephen Fry was born on August 24th 1957 in London, England. He is a leading light in film, theatre, radio and television the world over, receiving accolades in spades and plaudits by the shovel. As a comedian, writer, producer, director, actor, presenter and technophile he has featured in works as varied and adored as the movie 'Wilde', the TV series 'Blackadder' and 'Jeeves and Wooster', the sketch show 'A Bit of Fry and Laurie', the panel game 'QI', the radio series 'Fry's English Delight', Shakespeare's Globe's celebrated 2012 production of 'Twelfth Night' (as Malvolio) and documentaries on countless subjects very close to his heart.

He is also the bestselling author of four novels - 'The Stars' Tennis Balls', 'Making History', 'The Hippopotamus' and 'The Liar' - as well as two volumes of autobiography - 'Moab is My Washpot' and 'The Fry Chronicles', which published in six unique editions that combined to sell over a million copies. His third volume of autobiography, 'More Fool Me', was published in September 2014.

Posted by LindyLouMac at 4:31 PM No comments: