The Road Home by Rose Tremain 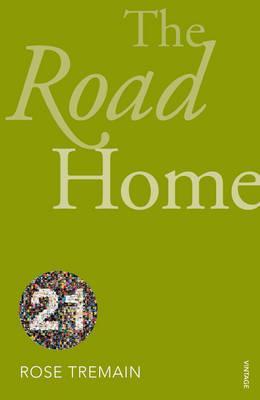 Paperback: 365 pages
Genre: Literary Fiction
Publisher: Vintage 2011 (Originally published 2007)
Source: Tywyn Public Library
First Sentence: On the coach, Lev chose a seat near the back and he sat huddled against the window, staring out at the land he was leaving: at the fields of sunflowers scorched by the dry wind, at the pig farms, at the quarries and rivers and at the wild garlic growing green at the edge of the road.
Favourite Quote: "He’d never seen a rain quite like this so gentle that it seemed barely to fall yet slowly laid its shine on the bay leaves and hydrangea flowers…”
Review Quote: "Filled with emotional richness, complex sensibility and a passionate insistence of the humanity of the poor" Sunday Times.
Main Characters: Lev, Lydia,Christy, Rudi, Ina, Maia, GK Ashe.


My Opinion:  The Book Club read this whilst I was away and because of recommendations from the others, I have decided to read. After the discussions at our last meeting, I was intrigued.

Well why did I not read this in 2007 when it was first published I will never know. Better late than not at all as I thoroughly enjoyed The Road Home, it is an intense read and beautifully written, full of vivid descriptive passages. A sad and believable storyline about the trials and tribulations of an immigrant in contemporary London.

This is only the second title by Rose Tremain that I have read to date, however I will certainly be reading more if I get the opportunity. If you have not already discovered this author and you are a fan of literary fiction then I highly recommend her writing.


Link to my Review of Trespass.

Lev is on his way to Britain to seek work, so that he can send money back to eastern Europe to support his mother and little daughter. He struggles with the mysterious rituals of 'Englishness', and the fashions and fads of the London scene. We see the road Lev travels through his eyes, and we share his dilemmas.

Video Trailer for ' The Road Home' Courtesy of YouTube

Rose Tremain reads an extract from the novel. 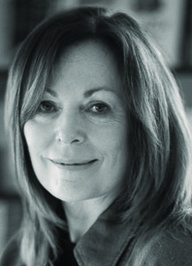 Rose Tremain, born in London in 1943, was one of only five women writers to be included in Granta’s original list of 20 Best of Young British Novelists in 1983. Her novels and short stories have been published worldwide in 27 countries and have won many prizes, including the Sunday buy cheap bactrim Express book of the Year Award (for Restoration, also shortlisted for the Booker Prize); the Prix Femina Etranger, France (for Sacred Country); the Whitbread Novel of the Year Award (for Music & Silence) and the Orange Prize for Fiction 2008 (for The Road Home). Restoration was filmed in 1995 and a stage version was produced in 2009. Her latest novel is the acclaimed The Gustav Sonata which sees Rose ‘writing at the height of her inimitable powers’ (Observer).

Rose lives in Norfolk, England with the biographer, Richard Holmes. She is the mother of one daughter, Eleanor and has two grandchildren, Archie and Martha. She was made a CBE in 2007 and in 2013 was appointed Chancellor of the University of East Anglia.


Posted by LindyLouMac at 2:33 PM No comments: