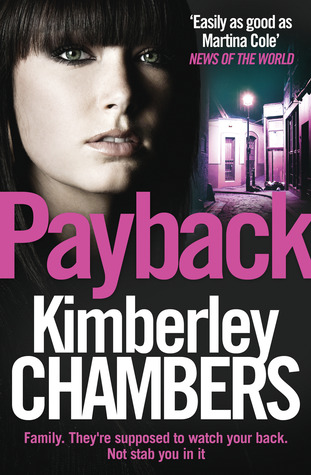 EBook:  Kindle Edition 400 pages
Genre: Crime, Contemporary Thriller,
Publisher: Harper Collins January 2014
Source: Amazon Free Offer in 2016.
First Sentence: Whistling 'Zip-a-Dee-Do-Dah' Trevor Thomas felt as happy as pig in shit as he walked the mile long journey from the pub to his mother's house.
Review Quote:  'a fast-paced tale with gritty authenticity’ The Guardian
Main Characters: The Butler Family
Setting: London
My Opinion: Why an earth did I ever put this title on My Kindle? I started reading it on a recent flight and I persevered but I do wonder why I bothered. The genre is not my favourite but there are many I have enjoyed. Apologies, as I hate criticising authors, but there was absolutely nothing I appreciated in this novel, from the weak storyline, to the dreadful characters.
If you like cliched East-End characters and most of them are particularly nasty ones at that, then by all means read. You have been warned though, only do so if you appreciate predictable thrillers.

Maybe I picked the wrong title as an introduction to this author, what do you think?

The Butlers are not a family to be messed with. Top dogs in the East End, they trample on anybody who gets in their way.

Vinny Butler has upset many people on his rise up the criminal ladder. His best pal, mum, brother, dad, aunt, son and his girlfriend's father all hold grudges against him. Will it be one of those who plots Vinny's demise ? Or, will it be somebody else ?

Caught up in the crossfire are two innocent young women. Joanna and Nancy's only crime was to fall in love with the wrong men. Do they and their children escape unharmed ? Or, does getting involved with Vinny and Michael Butler prove to be the costliest decision Joanna and Nancy ever made? 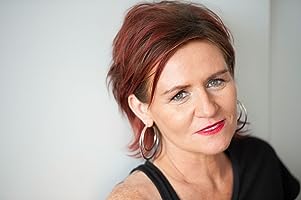 Bestselling author Kimberley Chambers lives in Romford and has been, at various times, a disc jockey and a street trader. She is now a full-time writer.

Kimberley Chambers is the Sunday Times Number One Best-Selling author of eleven novels, including the hugely successful ‘Butlers Series’ and ‘The Mitchell/O’Hara Saga’.

Her novels are set in the gritty underworld of the East End/Essex. Her distinctive style, full of humour, warmth and violence has developed a loyal and growing fan base. She has been hailed as ‘the next Martina Cole’.

Kimberley had not written a word until the age of thirty-eight when she decided to change her life and write her first novel, ‘Billie Jo’. She’d previously worked as a market trader on East-End markets, a pub DJ and a mini-cab driver. She was born in Romford, grew up in Dagenham and now lives in Hornchurch.

Her latest novel ‘Life of Crime’, shot straight into the Sunday Times Bestsellers chart at number one and spent weeks in the Top 10 in the month after its release.

Twitter Profile
Posted by LindyLouMac at 12:34 PM No comments:

The Kind Worth Killing by Peter Swanson 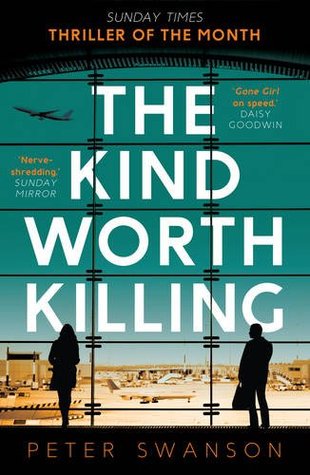 Paperback: 415 pages
Genre: Crime, Mystery Thriller
Publisher: Faber and Faber 2015
Source: Tywyn Public Library
First Sentence: "Hello, there," she said.
Review Quote: The Kind Worth Killing is a tightly plotted novel of betrayal set in London and Boston. (Irish Times)
Main Characters: Ted Severson, Lily Kintner, Miranda Severson, Brad Daggett, Eric Washburn, Detective Kimball
Setting: Maine, USA
Literary Awards: Goodreads Choice Award Nominee for Mystery & Thriller (2015), Gullkulen/The Golden Bullet Nominee (2016)
My Opinion: An evil and coldblooded story that was not at all to my taste and had it not been a book club choice I would not have read. I did not like any of the characters, Lily in particular was a nasty piece of work in my opinion. Just hope I never meet any one like her in the real world! Although thrillers are not my favourite genre I have read many more relatable and enjoyable ones than this title. A somewhat tedious read where the four protagonists seem to spend  the entire story trying to kill each other. I cannot really recommend it unless of course this sort of ridiculous story appeals, then go ahead as it appears I might be in the minority. In fact one of my book club friends says it is the  best thriller she has read in a long time.


'Hello there.'I looked at the pale, freckled hand on the back of the empty bar seat next to me in the business class lounge of Heathrow airport, then up into the stranger's face.'Do I know you?'Delayed in London, Ted Severson meets a woman at the airport bar. Over cocktails they tell each other rather more than they should, and a dark plan is hatched - but are either of them being serious, could they actually go through with it and, if they did, what would be their chances of getting away with it?Back in Boston, Ted's wife Miranda is busy site managing the construction of their dream home, a beautiful house out on the Maine coastline. But what secrets is she carrying and to what lengths might she go to protect the vision she has of her deserved future?A sublimely plotted novel of trust and betrayal, The Kind Worth Killing will keep you gripped and guessing late into the night.


Video Trailer for 'The Kind Worth Killing' Courtesy of YouTube 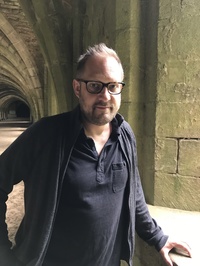 Peter Swanson is the author of four novels: The Girl With a Clock For a Heart, an LA Times Book Award finalist; The Kind Worth Killing, winner of the New England Society Book Award, and finalist for the CWA Ian Fleming Steel Dagger; Her Every Fear, an NPR book of the year; and his most recent, All the Beautiful Lies. His books have been translated into 30 languages, and his stories, poetry, and features have appeared in Asimov’s Science Fiction, The Atlantic Monthly, Measure, The Guardian, The Strand Magazine, and Yankee Magazine.

A graduate of Trinity College, the University of Massachusetts at Amherst, and Emerson College, he lives in Somerville, Massachusetts with his wife and cat.

Posted by LindyLouMac at 6:28 PM No comments: