The Summer House by Santa Montefiore 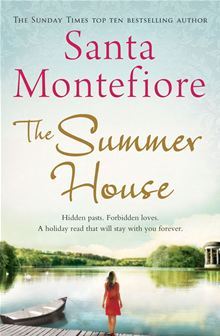 Paperback: 473 pages
Genre: Contemporary Romantic Fiction
Publisher: Simon and Schuster 2012
Source: Tywyn Public Library
First Sentences: The beginning of March had been glorious. The earth had shaken off the early-morning frosts and little buds had emerged through the hardened bark to reveal lime-green shoots and pale-pink blossom.
Favourite Quote: It's very hard to accept that he's gone and will no longer be part of my life. However, I have no choice but to accept it. Fighting it won't bring him back, nor will it make me feel better; it'll just make me miserable and fill me with resentment.
Review Quote: 'A gripping romance... It is as believable as the writing is beautiful' (Daily Telegraph)
My Opinion: A perfect summer read.

I first took an interest in this author’s writing in 2001 when her first novel Meet Me Under The Umbo Tree was published. I went on to read the next two as they were released The Butterfly Box and The Forget Me Not Sonata.  It was another five years before any more of her books came my way when in 2008 I read two more of her novels  Last Voyage of the Valentina and The Gypsy Madonna. It was to be another three years before I read two more of her novels, The Swallow and The Hummingbird and The French Gardener


With this latest one it seems I am still only half way through her novels.  I have two more on my TBR bookshelf and do not think it will be long before I read them as they are the perfect type of novels for summer afternoons reading in the shade. Character driven contemporary fiction with story lines that are feasible if not always totally believable, but that is the joy of losing oneself in a good book. As expected I found the characters and the setting much more engaging  than the story which is really just a gentle ramble to a happy ending.

Fairfield Park, a country estate that has been in the same family for generations is the setting. Think Downton Abbey but in a modern setting and you have the Frampton family, whom the author does an excellent job of describing to the reader with all their quirks and foibles. There are those you will hate instantly and those that you will love, but keep an open mind because all is not as it seems. Lady Frampton's husband has just died in a tragic accident and the day the family gathers together for his funeral, the family get a very unexpected shock!  Put your disbelief aside and let the story unfold whilst you enjoy the beautiful landscapes and well portrayed characters.
.

Recommended to fans of Rosamunde Pilcher, especially as she is often referred to as the author who took over her place in writing contemporary fiction. By coincidence Rosamunde Pilcher retired from writing in 2000 not long before Santa Montefiore's first novel was published. She has just published her 14th so plenty to read if you have not yet discovered her writing and are a fan of contemporary romantic fiction.

The Swallow and The Hummingbird    The French Gardener 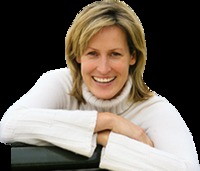 Santa Montefiore was born Santa Palmer Tomkinson in 1970, either in January or February, the websites I used for research differ on this point! Growing up on farm in Hampshire and educated at Sherborne School for Girls, she went on to study Spanish and Italian at Exeter University. She later spent time in Argentina where her mother grew up, giving her inspiration for her early novels.  She now lives in London with her husband, writer and historian Simon Sebag Montefiore and their two daughters.

She has fourteen published novels to date, the first one published in 2001 and the most recent was published on July 17th 2014.