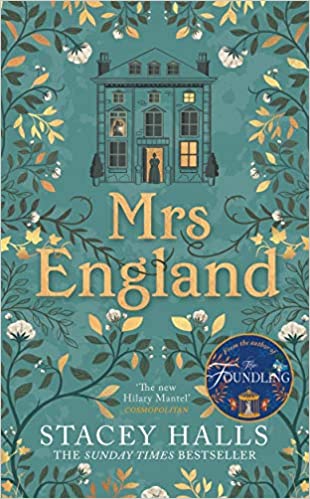 First Sentences: The woods at night were far from silent. Nightjars and owls called their strange solos, and my boots crunched on the stones littered across the track.

Review Quote: Halls shows genuine skill in building the sense of menace within the England household and in the unfolding of its secrets. ― Sunday Times

My Opinion: I was originally introduced to the writing of Stacey Halls by my Book Club choosing her debut novel ‘The Familiars’ as one of our monthly choices in 2020. Since then, I also read ‘The Foundling ’ in March of this year. Thoroughly enjoying both her previous novels I had immediately requested ‘Mrs England’ from my local library as soon as it was published.

Although ‘Mrs England’ is a work of fiction, the author has very cleverly built the storyline around a real person and a dramatic event that occurred in a young girl’s life.  The protagonist Ruby May is based on this person, but I will say no more as I do not want to spoil the plot. You will be kept guessing as you become immersed in the intense journey that Ruby is on, along with the England family in their isolated Yorkshire home.

Stacey Halls has in my opinion proved herself as a compelling storyteller for the 21C with this third novel. Historical novels but each one, so far, with such a different story to tell, highly recommended.

When newly graduated nurse Ruby May takes a position looking after the children of Charles and Lilian England, a wealthy couple from a powerful dynasty of mill owners, she hopes it will be the fresh start she needs. But as she adapts to life at the isolated Hardcastle House, it becomes clear there's something not quite right about the beautiful, mysterious Mrs England. Ostracised by the servants and feeling increasingly uneasy, Ruby is forced to confront her own demons in order to prevent history from repeating itself. After all, there's no such thing as the perfect family - and she should know.

Simmering with slow-burning menace, Mrs England is a portrait of an Edwardian marriage, weaving an enthralling story of men and women, power and control, courage, truth and the very darkest deception. Set against the atmospheric landscape of West Yorkshire, Stacey Halls' third novel proves her one of the most exciting and compelling new storytellers of our times.

Links to my reviews of her previous novels.

The Familiars   The Foundling 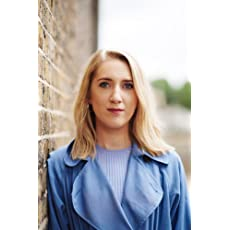 Stacey Halls was born in 1989 and grew up in Rossendale, Lancashire. She studied journalism at the University of Central Lancashire and has written for publications including the Guardian, Stylist, Psychologies, The Independent, The Sun and Fabulous.

Her first book The Familiars was the bestselling debut novel of 2019. The Foundling is her second novel.

Posted by LindyLouMac at 5:41 PM