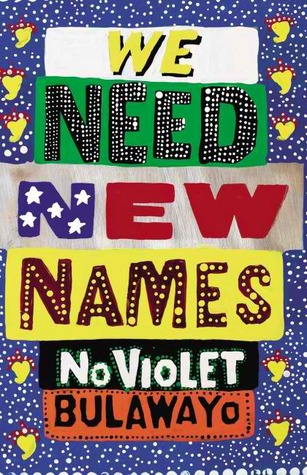 Hardback: 290 pages
Genre: Literary Fiction
Publisher: Chatto and Windus 2013
Source: Tywyn Public Library
First Sentence: We are on our way to Budapest: Bastard and Chipo and Godknows and Sbho and Stina and me.
Favourite Quote: “The problem with English is this: You usually can't open your mouth and it comes out just like that--first you have to think what you want to say. Then you have to find the words. Then you have to carefully arrange those words in your head. Then you have to say the words quietly to yourself, to make sure you got them okay. And finally, the last step, which is to say the words out loud and have them sound just right.
But then because you have to do all this, when you get to the final step, something strange has happened to you and you speak the way a drunk walks. And, because you are speaking like falling, it's as if you are an idiot, when the truth is that it's the language and the whole process that's messed up. And then the problem with those who speak only English is this: they don't know how to listen; they are busy looking at your falling instead of paying attention to what you are saying.”

Review Quote: “A deeply felt and fiercely written début novel.” Michiko Kakutani, The New York Times.
Literary Awards: Man Booker Prize Nominee (2013), Guardian First Book Award Nominee (2013), PEN/Hemingway Foundation Award (2014),Hurston/Wright Legacy Award Nominee for Fiction (2014),Betty Trask Award (2014)
My Opinion: Short listed for the Booker Prize in 2013, I guess this why it was chosen for one of the book clubs that I am a member of. I was disappointed as I felt the theme of an African being uprooted to America was far better covered in my opinion by Americanah which I also read recently for another book club. Maybe it was just too much of a good thing at the wrong time, as although the novel captures the sights and sounds of Africa, it did not really impress me. The second part of the story when the protagonist was eventually living illegally in America, I found more interesting, it was sad how she discovered that escaping to the West is not all that it is claimed to be.
As I mentioned earlier I feel it is unfortunate that this book was published within a month or so of Adichie’s  brilliant novel of Nigerian immigrants’ experiences in the states, Americanah. In conclusion I feel that this is a poignant first novel and that maybe this young woman will go on to write some great novels. I will look out for her work in the future.

A remarkable literary debut -- shortlisted for the Man Booker Prize! The unflinching and powerful story of a young girl's journey out of Zimbabwe and to America.

Darling is only ten years old, and yet she must navigate a fragile and violent world. In Zimbabwe, Darling and her friends steal guavas, try to get the baby out of young Chipo's belly, and grasp at memories of Before. Before their homes were destroyed by paramilitary policemen, before the school closed, before the fathers left for dangerous jobs abroad.

But Darling has a chance to escape: she has an aunt in America. She travels to this new land in search of America's famous abundance only to find that her options as an immigrant are perilously few. NoViolet Bulawayo's debut calls to mind the great storytellers of displacement and arrival who have come before her-from Junot Diaz to Zadie Smith to J.M. Coetzee-while she tells a vivid, raw story all her own.


2 Video Trailers for 'We Need New Names' Courtesy of YouTube

NoViolet Bulawayo reads from her novel. 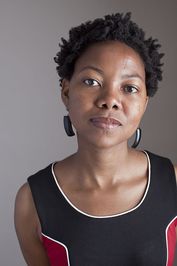 NoViolet Bulawayo ( is the pen name of Elizabeth Zandile Tshele), she was born in Tsholotsho a year after Zimbabwe’s independence from British colonial rule, on  October 12, 1981.  When she was eighteen, she moved to Kalamazoo, Michi­gan. USA.

In 2011 she was awarded the Caine Prize for African Writing for her short story "Hitting Budapest," about a gang of street children in a Zimbabwean shanty town.

NoViolet earned her MFA at Cornell University where she was a recipient of the Truman Capote Fellowship. She was a Stegner Fellow at Stanford University,(2012-2014) where she now teaches as a Jones Lecturer in Fiction.

Her first novel We Need New Names (2013) was short listed for the Man Booker Prize, making her the first African female writer to earn this distinction.  She is now working on a memoir project.