The Girls by Lori Lansens 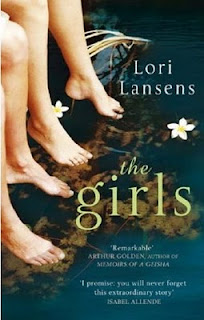 The protagonists and narrators of this amazing novel are Rose and Ruby Darlen.  These two girls are not just twins but they are the oldest surviving con-joined twins They are approaching not just their thirtieth birthdays but also their impending deaths as Rose has been diagnosed with an aneurysm in the brain, which will inevitably kill them both. It could be at any time in the immediate future, no one knows. The only definite fact is that they will not live to be old. The girls are dealing with dying in different ways, Rose wants to write about it but Ruby just wants to talk especially to her twin.

It is the story of Ruby, Rose, Aunt Lovey, Uncle Stash, the Merkels and others as told mainly by Rose but sometimes by Ruby and is a very special tale of two sisters who may never have been able to look directly into each others eyes or climb a tree but in their short lifetime they certainly scaled a mountain.

It is written in the style of a memoir and could so easily have been the true story of two sisters. Their birth, adoption by a nurse that delivered them, their relationships with each other and those around them as they tackle life experiences growing up in rural Canada. As conjoined twins it was certainly not the easiest of childhoods and was fascinating enough to make it interesting to read how these two girls, joined at the cranium coped with everything life threw at them. The descriptions of their physical appearance as well as the out pouring of feelings makes you feel that by the end of the book you have actually met these amazing girls.

It was maybe a strange topic to base a novel round but Lori Lansens has made it work, unique as far as I know and worth reading. Although be warned it is particularly poignant in parts.  In fact even though I finished reading this a few weeks ago it is still haunting me and I have to remind myself that this was fiction and not an autobiography. It certainly felt like that because of the way it was written with high moments when they were so hopeful, followed by dreadful lows of despair. A distressing but worthwhile read. 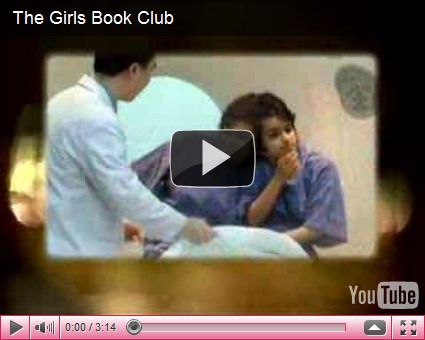 Lori Lansens was a successful screenwriter before she had her first novel ‘Rush Home road’ published in 2002. Translated into eight languages and published in eleven countries, it received rave reviews around the world, was a national bestseller in Canada and a Globe 100 Book of the Year. Whoopi Goldberg’s production company has optioned the film rights. Born and raised in Chatham, Ontario, Canada, where both of her novels are set, Lori Lansens now makes her home in Toronto, Canada.

Her third novel ‘The Wife’s Tale’ was published last year and it is definitely on my wish list.

Posted by LindyLouMac at 8:21 PM