First Sentence: The article that started it all was not even on the front page, but was just a filler on page 5, between an advertisement for the Patricia Brixie Dancing School and a report on the AGM of the Crofton North Liberals.

Review Quote: This novel brings a sensibility not unlike those of Barbara Pym and Philip Larkin to a story (inspired by a real-life episode in the 1950s) of a woman who claims to have had a child by virgin birth... In a milieu of reticence and chin-up stoicism, startling revelations surface and emotions hopefully stir. -- Peter Kemp ― THE TIMES, Best Novels of 2020

Favourite Quote: “imagine if dignity was all we had to look forward to in old age!”

Literary Awards: Longlisted for the Women’s Prize for Fiction 2021

When I discovered that Clare Chambers, first novel was published in the nineties I was surprised as she is an author I have not come across before.

'Small Pleasures' is her first since 2011 and was nominated for the Women's Prize for Fiction this year hence the reason it caught my attention.

So glad it did as this is a five star read. Although I was only a little girl in the fifties the period setting felt familiar. The main character Jean Swinney reminded me of a maiden Aunt, in a similar situation, certainly disappointed in love and still living at home looking after an elderly mother. There the similarities ended though.

The plot is an emotional one and from the intriguing prologue to the poignant ending the author draws the reader in with her wonderful characters and descriptions. The 'Virgin Birth' is a key component to the story which highlights the lonely life that Jean leads.

Overall a compassionate tale which has been beautifully written and I will certainly look out for further titles from this author. Highly recommended and it well deserved the placement it received on the Women's Prize For Fiction Longlist 2021.

Jean Swinney is a feature writer on a local paper, disappointed in love and — on the brink of forty — living a limited existence with her truculent mother: a small life from which there is no likelihood of escape.

When a young Swiss woman, Gretchen Tilbury, contacts the paper to claim that her daughter is the result of a virgin birth, it is down to Jean to discover whether she is a miracle or a fraud. But the more Jean investigates, the more her life becomes strangely (and not unpleasantly) intertwined with that of the Tilburys: Gretchen is now a friend, and her quirky and charming daughter Margaret a sort of surrogate child. And Jean doesn't mean to fall in love with Gretchen's husband, Howard, but Howard surprises her with his dry wit, his intelligence and his kindness — and when she does fall, she falls hard.

But he is married, and to her friend — who is also the subject of the story she is researching for the newspaper, a story that increasingly seems to be causing dark ripples across all their lives. And yet Jean cannot bring herself to discard the chance of finally having a taste of happiness...

But there will be a price to pay, and it will be unbearable. 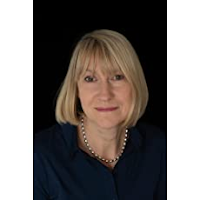 Clare Chambers was born in1966 in Croydon south east London the daughter of English teachers. At 16 she met her future husband a teacher fourteen years her senior. She studied English at Oxford and spent the year after graduating in New Zealand, with her by then husband where she wrote her first novel, Uncertain Terms, published when she was 25. She has since written eight further novels, including Learning to Swim (Century 1998) which won the Romantic Novelists’ Association best novel award in 1999 and was adapted as a Radio 4 play, and In a Good Light (Century 2004) which was longlisted for the Whitbread best novel prize.

Clare began her career as a secretary at the publisher André Deutsch, they not only published her first novel, but made her type her own contract. In due course she went on to become a fiction and non-fiction editor there herself, until leaving to raise a family and concentrate on her own writing. Some of the experiences of working for an eccentric, independent publisher in the pre-digital era found their way into her novel The Editor’s Wife (Century, 2007). When her three children were teenagers, inspired by their reading habits, she produced two YA novels, Bright Girls (HarperCollins 2009) and Burning Secrets (HarperCollins 2011).

Her most recent novel is Small Pleasures (Weidenfeld & Nicolson, 2020).

She took up a post as Royal Literary Fund Fellow at the University of Kent in September 2020.

She lives with her husband in south east London and generally has her nose in a book.

Posted by LindyLouMac at 7:30 PM