The Girl In The Red Coat by Kate Hamer 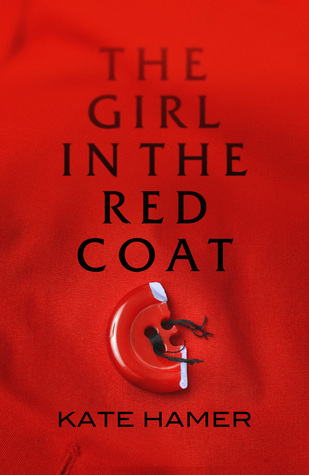 Paperback: 375 pages
Genre: Thriller Mystery
Publisher: Faber and Faber 2015
Source: Tywyn Public Library
First Sentence: I dream about Carmel often.
Review Quote:  Hamer’s novel aims to be more than a thriller, and the real heart of the book is not its suspense, but its explorations of grief and how we weather it. The Guardian
Literary Awards: Shortlisted for The Costa First Novel Prize, the British Book Industry Awards Debut Fiction Book of the Year, the John Creasy (New Blood) Dagger and the Wales Book of the Year
My Opinion: This title was read for one of my book groups. The standard of the writing and the fact I wanted to know the outcome made this a readable story but not one that particularly enthralled me. Maybe my expectations were raised by the fact that other members of my book group were particularly excited to be reading this novel. Also the author is coming to Tywyn in March to speak at a Literary Dinner. It will certainly be interesting to hear her speak and I am sure people will have some interesting questions for her.

The way the story is told from both the point of view of both protagonists is gripping and it was certainly not what I expected. Beth is the devastated mother desperately trying to rebuild her life after the abduction of her daughter and the story alternates between her telling of her experiences and those of Carmel, as a man claiming to be her grandfather whisks her away to a new and very strange life!  There are certainly many unexplained things in this world but it is with Carmel's so called gift which I found difficulty coping with, making the story less plausible for me. Although despite my nagging doubts it was Carmel's sections of the novel that held my interest far more.

The final scenes of the novel I found something of an anti-climax because they were dealt with in such an abrupt manner, I  personally needed much more to be made of it and was left feeling disappointed.  This though should not put you off reading as if you are looking for something different from the normal abduction tale then this may well be for you.

She is the missing girl. But she doesn't know she's lost.

Carmel Wakeford becomes separated from her mother at a local children's festival, and is found by a man who claims to be her estranged grandfather. He tells her that her mother has had an accident and that she is to live with him for now. As days become weeks with her new family, 8-year-old Carmel realises that this man believes she has a special gift...

While her mother desperately tries to find her, Carmel embarks on an extraordinary journey, one that will make her question who she is - and who she might become.


Author Kate Hamer appears at Tonyrefail Arts Festival 2015 to discuss her debut novel 'The Girl in the Red Coat'. [Amateur Footage] This is a long video at 36 minutes but if you have the time, it is well worth a listen.

Kate Hamer's first novel 'The Girl in the Red Coat' (Faber & Faber, 2015) was shortlisted for The Costa First Novel Prize, the British Book Industry Awards Debut Fiction Book of the Year, the John Creasy (New Blood) Dagger and the Wales Book of the Year. It was a Sunday Times bestseller and has been translated into 16 different languages. Kate won the Rhys Davies Short Story Prize and she has had short stories published in anthologies such 'A Fiction Map of Wales', 'New Welsh Short Stories' and broadcast on BBC Radio 4. She's written articles and reviews for The Independent, The Mail on Sunday and The New York Times. Kate grew up in the West country and rural Pembrokeshire and now lives with her husband in Cardiff. Her second novel, to be published by Faber & Faber in February 2017, is 'The Doll Funeral'.