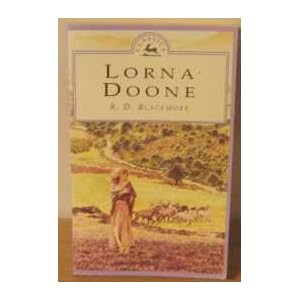 This historical romance and adventure story is set in the late 17th century on the wild moors of Exmoor in Devon. The hero of the tale is John Ridd a young man whose father was murdered by a band of outlaws. The notorious Doones of Bagworthy who because of this evil deed John is obsessed with. His obsession leads him to meet and fall in love with the beautiful Lorna Doone. Lorna has been part of the outlaw band since childhood although it is not really where she belongs. John Ridd's rescue of Lorna and the terrible revenge of Carver Doone makes for a thrilling adventure story.

Personally I found this edition to be an excellent abridgment of what is to this day a tale worth reading.

Richard Doddridge Blackmore or R.D. Blackmore as he was more often  known was born in Longworth, Berkshire now Oxfordshire, on the 7th of June 1825 and died in Teddington, Middlesex on the 20th January 1900.

Most people do not realise that he was actually one of the more famous English novelists of the second half of the nineteenth century with at least twenty published works. He was also a horticulturist which is probably one of the reasons his novels were widely acclaimed  for there descriptions of the countryside. How sad then that the only surviving published work of a man so popular in his lifetime is Lorna Doone. Ironic in fact as this particular novel was not even a favourite of his. It has never been out of print since it’s original publication date.

With thanks to Wikipedia as the source of the biographical information and author photograph.

I also found on YouTube this extract from a 1990 version of Lorna Doone starring Clive Owen and Sean Bean, both looking very young! Do watch if you want to get a feeling for the novel. 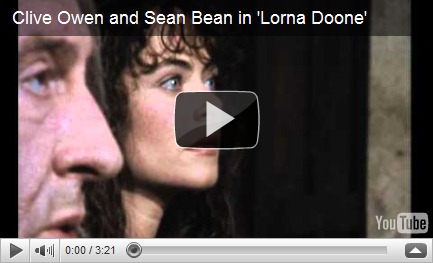 NetworkDVD
Posted by LindyLouMac at 5:28 PM